“Fences” at the Long Beach Playhouse 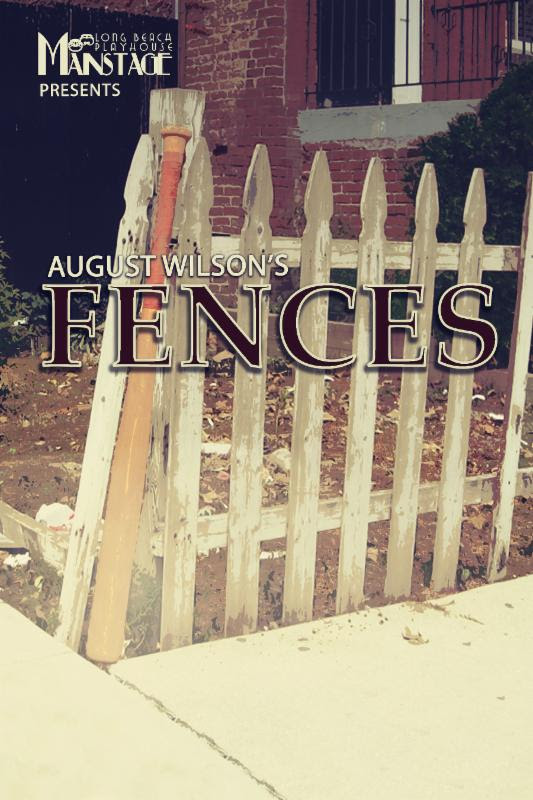 “Fences” at the Long Beach Playhouse

Long Beach, CA, On May 20, the Long Beach Playhouse presents August Wilson’s Fences, a play that examines the effects of one man’s regrets and resentment on his family. It is part of Wilson’s ten-part “Pittsburgh Cycle” which observes the African American experience across several decades.

“When we chose this play, we knew it would need the right director to do it justice,” said Playhouse Executive Director, Madison Mooney. “Fences is about family, about the things they do to one another, for good and for bad. It that respect, it’s similar to Death of a Salesman, which we produced last season. Carl DaSilva directed that show, and we knew Carl was the right director for Fences.”

When the Playhouse asked DaSilva to sign on for Fences, he was hoping the next production he would direct would be something light, like a comedy, but, “I opened the play and started reading it and didn’t close the book until the very last page. I fell in love with the people, the story, the struggle, the history, and the poetic language that August Wilson so expertly placed in the mouths of his characters,” said DaSilva. “These people left the page and occupied my mind and my heart like squatters who refused to leave. Almost involuntarily I began to see images of the play on the Mainstage, as if it was directing itself. I was hooked. The comedy would have to wait.”

The play works as an ensemble with each character revealing key aspects and events that form the difficult history of the Maxson family. Each cast member comes to the show with training and experience that serves the story well. Of the seven actors only Rayshawn Chism is a return performer, audiences may remember for his portrayal of Bobo in A Raisin in the Sun last season. Making their debuts are: Damon Rutledge, Teri Gamble, Jermaine Alexander, Darnell Trujeque, Brandon Rachal and Katie Grace McClung.

The Playhouse team prides itself on attention to detail in sets, lighting, sound and costumes. This show is no exception.

“Theatre can be magic. It can be transformative,” said Sean Gray, Playhouse Artistic Director. “It’s a hundred, maybe a thousand, moving parts and when it works, there’s nothing like it. Our actors are outstanding, even the youngest, Katie Grace, has a wonderful presence on the stage.

“Then comes the set. Greg Fritsche is a talented artist. His sets are known for their detail, for creating the environment in which the story unfolds. His wife, Donna, is our costumer. I don’t think it’s a coincidence her costumes and Greg’s set are a visual symphony for our audiences.”

Gray also noted the important work of the lighting and sound designers, Donny Jackson and Julie Moore, respectively. “It’s a simple set, the yard, the fence, a porch and a table,” said Gray. “Our technical team delivers a world our actors inhabit, and it’s magic.”

Mooney adds, “Come and see it, we promise you’ll be glad you did.”

The show opens May 20 and runs through June 17.

SPECIAL EVENTS FOR THIS PLAY:
• Pay what you can Thursday May 18 – community can see this production for whatever they can afford
• Two for One Preview Friday May 19 – Tickets are $10.00
• Opening Night Champagne Reception with cast on May 20 – Tickets are $27.00

Long Beach Playhouse is located at 5021 E. Anaheim St., Long Beach, CA, 90804, right across from the Long Beach Recreation golf course. The Playhouse is community-supported theatre with programs and events that cut across age, gender, ethnic, and cultural boundaries.