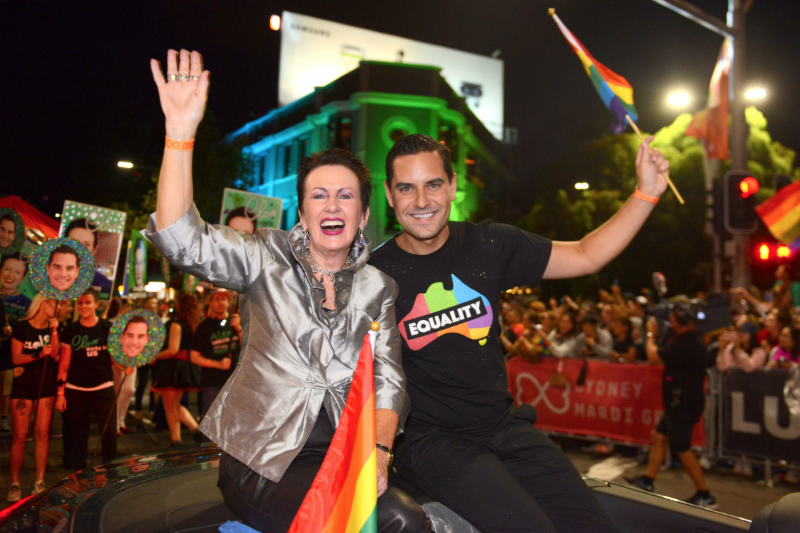 Earlier this year, the Long Beach Lesbian and Gay Pride board voted unanimously to create a Sister-Pride Program with Sydney, Australia’s Gay and Lesbian Mardi Gras, one of the world’s largest LGBT parades. Supported by California State Senator Ricardo Lara, the adoption came at a crucial time for Australia, as they hope to bring marriage equality to a vote this year in their federal parliament.  “We are honored to have the incredible support of our international LGBT community, especially a man that works tirelessly to bring marriage equality to Australia like the honorable Alex Greenwich”, said Denise Newman, President of Long Beach Lesbian & Gay Pride.

In addition to being the Member for Sydney, Greenwich is also the Co-Chair of Australian Marriage Equality and has led the campaign for the freedom to marry for all Australians for ten years.  “I am truly honored to be a part of this year’s Long Beach Pride Parade and to recognize the importance for their partnership with Sydney, Australia’s Gay and Lesbian Mardi Gras”, said Alex Greenwich. “We are at a time where LGBT partnerships like this are crucial for the advancement of equality for all the members of our community. By standing united, we continue the work of our trailblazers and we move toward international equality”, continued Greenwich.

To learn more about the Australian campaign for marriage equality go to http://www.equalitycampaign.org.au.

"Fences" at the Long Beach Playhouse